A Bit of Our History: 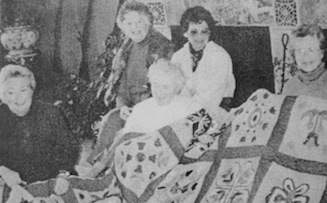 In 1984 a group of women who had comprised a fund raising committee for a local theatre company found themselves out of a job due to circumstances beyond their control. Instead of disbanding, this vibrant creative group decided to continue working together, but to focus their energies on the ”Environment", with Fundraising a major activity.
The "Senior League Endowment Society of Collingwood Inc.” was born. Greta McGillivray became its first President. Other early players were Molly Bartram, Barbara Penny, Katherine Huycke, ]ean Finlay, Joie Brunning, Marion Sandell, Suzie Newton, Nancy Hall and Sylvia Wiggins. 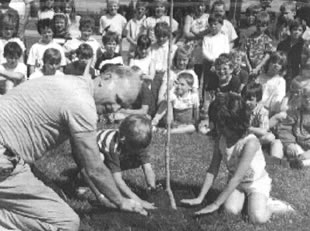 A number of men also made major contributions in those early years including Malcolm Kirk and Allan Sivell who is shown representing the Senior League at an Earth Day tree planting at the Beaver Valley School, in 1989. 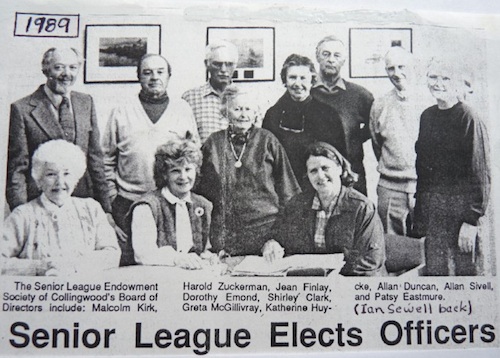